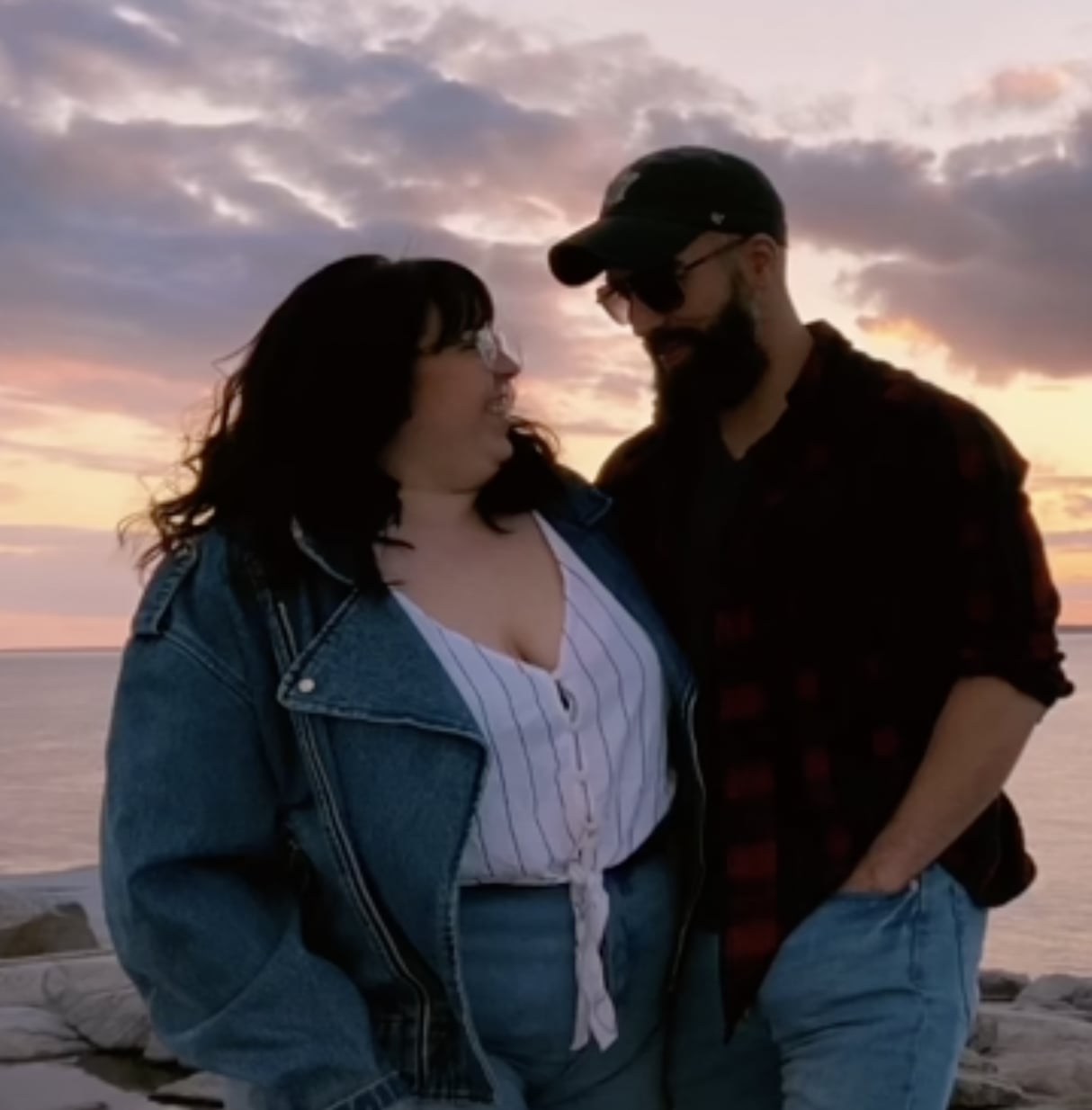 If you’ve spent more than five minutes on TikTok, you likely know who Alicia McCarvell is. The Canadian-based content creator has amassed a TikTok following of nearly 4.8 million people just by being her funny, authentic self.

In some videos, she’s working out with her hubby, Scott; in others, she’s putting her spin on a popular TikTok trend. But most notably, Alicia has made a name for herself by using her platform to promote body positivity and destigmatize what “healthy” bodies are supposed to look like.

In her most recent TikTok video, McCarvell opened up about the many people who, due to societal beauty standards, think she and her husband “don’t make sense.”

let’s address the trash beauty standards in the room ||••

The video came after she received backlash for a different TikTok she posted earlier in the week — a transitional video of her and Scott going from an unready, still-in-a-towel look to glam evening attire (a common TikTok trend many couples have tasks part-in). The video went viral, with nearly 20 million views. “I think we all know why [it went viral],” McCarvell says: some of the top comments in the video include things like, “this ain’t adding up” and “love is definitely blind.”

In her recent video responding to the backlash, McCarvell explains that “the world looks at us and immediately values ​​Scott more than me.” She went on to say, “Since we don’t add up, people try to add things to my side of the equation to make it make sense by saying things like ‘Oh, she must not have been fat when they met’ or ‘ Oh, she’s gotta be rich.’ Or they try to decrease his side of the equation by saying things like ‘He must be gay’ or ‘He fetishizes fat women.’ We’ve been made to believe that somebody who is physically fit, like Scott, could never in a million years be in love with or compatible with a fat woman — and that’s solely because the world has literally taught us that we have to value our worth on our bodies.”

McCarvell goes on to talk about how Scott receives many DMs from women — most often from women who are thin and think he should be with someone like them.

“A woman slid into Scott’s DMs and said, ‘You should be with somebody who looks like me.’ She was thin and, by beauty standards, a 10/10. Here’s the thing, though: me telling myself for the majority of our relationship that I’m not worthy of his love because of my body is the exact same thing as this thin woman telling him that she is worthy of his because of her body. I’m undervaluing myself, and she’s overvaluing herself. We’ve both been made to believe that our value lies in our body.”

In her video, Mccarvell says that despite the DMs and the many people taking interest in her husband, she does not experience jealousy: “That’s because, when people typically slide into his DMs, they’re leading with their body first. And on the scale of what my husband values, how well my body fits into the beauty standards is not on the top of his list. He values ​​my humor, and my commitment, and my love, and my caring heart. about me change if my body changes.”

Let this be your reminder that you are not defined by your size or by a number on the scale. As McCarvell says in her video, there are so many characteristics to value about yourself that go beyond your physical appearance.

Wrapping up her video, McCarvell says, “People’s values ​​do not lie in how well their bodies fit into society’s trash beauty standards. And I get it — if this is the way you think, it’s the way you’ve been taught. However, it is your responsibility to unlearn it.”

If you find yourself struggling with self-image or having trouble unlearning these thought patterns, therapy might help you assess your personal needs. You can find helpful tips on finding a therapist here.