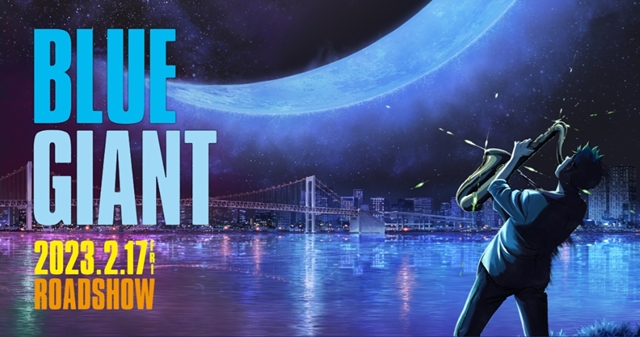 Along with a teaser visual, the official website for the upcoming anime film adaptation of Shinichi Ishizuka’s jazz-themed manga BLUE GIANT announced today that it is set to be released in Japan on February 17, 2023. The film was originally scheduled for release in 2022, but the production period has been extended to express the world of the film better. 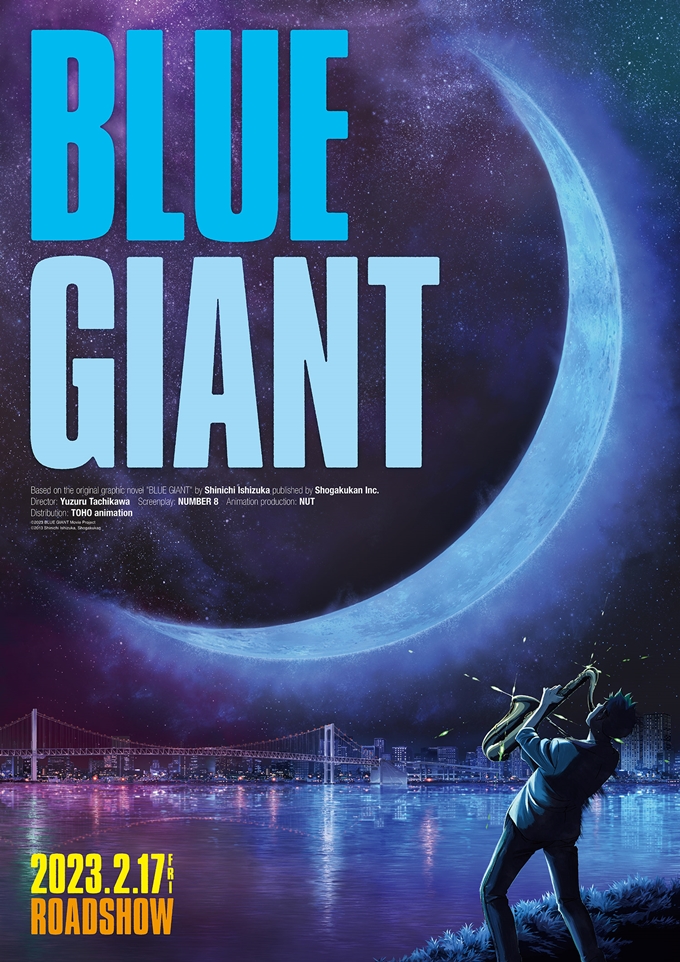 The main story to be told in the film is the growth of young people who are desperately sincere about jazz, but it is not a film with a high threshold that is limited to jazz lovers, and we are aiming for a film that can be enjoyed by people who have never heard of jazz before. I believe that what lies at the root of the original BULE GIANT manga is a more universal ‘attractive way of life’ of human beings. There are many attractive characters who are allowed to be uncool or muddy. I want you to experience with me the story of the main character “Dai” who makes sounds as if he burns his life with all his strength every day, and his friends with conflicts. I hope this film will answer the question, “I want to do something, but I don’t know what to do.

The manga has been serialized in Shogakukan’s Big Comic since May 2013. Following the first arc BLUE GIANT set in Japan (May 2013 – August 2016) and the second arc BLUE GIANT Supreme set in Europe (September 2016 – April 2020), its story has entered the third arc BLUE GIANT Explorer set in the United States since May 2020. A total of 26 tankobon volumes have been released in Japan and over 8.4 million copies have been printed so far.

Its English editions have been published by Seven Seas Entertainment since November 2020. the publisher describes its synopsis as below:

Dai lived a normal high school life in Sendai: a city of hot summer days and rainy nights. Between basketball, part time jobs, and an uncertain future, something was missing. And that thing was music. With his days in senior year running out, Dai swears a heartfelt vow: “I’m gonna be the best jazz player in the world.” But what do you need to be the best? Talent? Effort? A lucky break? Or maybe just a deep, pure love for music, and too much stubbornness to know when to quit.