Few medical conditions affect us more intimately than infertility and sexual dysfunction. Although many medical conditions cause uncomfortable symptoms and different types of functional impairment, infertility is a dagger stabbing at the very heart of our identity as women and men. For this reason, the infertility statistics from sources such as the CDC and Cleveland Clinic indicating that the condition now affects 10-20 percent of couples in the US—perhaps 50 percent higher than decades ago—are more than a cause for concern for maintaining a stable population as a country; infertility has now become a contributor to feelings of guilt, worthlessness, stigmatization, and despair for millions.

To be clear, infertility, as it is discussed here, is not the voluntary choice to not have children. Unfortunately, many mainstream information sources describe the overall reduction in the number of children born over generations as “infertility”—frequently even described in favorable terms—while failing to make the critical distinction between couples voluntarily choosing not to have children and couples unable to conceive children despite intention and sustained effort. The causes, consequences, and remedies for infertility discussed here reference only this latter group.

For the growing percentage of women and men affected by infertility, it is easy to feel overwhelmed. Much of the government and scientific information, for example, focuses on factors largely out of our control, such as age, medical conditions, and “endocrine disruptors” such as chemicals and plastics in our environment that may disrupt hormone function. With no local solutions to these problems, powerlessness is a common individual reaction. Perhaps worse, the most commonly endorsed treatments for infertility are prohibitively expensive for many and show limited rates of success. From this daunting perspective, infertility is a rapidly growing problem caused by an array of external forces that require perhaps years and many thousands of dollars to treat. 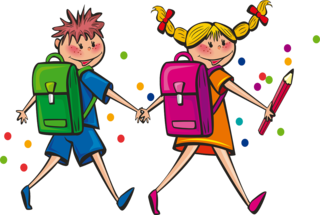 Parenting remains a source of joy and meaning for many adults.

Thankfully, there is an increasingly science-supported approach to treating and even reversing infertility that is entirely under our personal control. This approach requires only a commitment to healthy lifestyle changes and a basic understanding of the relationship between health behaviors and hormone function. In a previous post, I discussed the important role that a condition called insulin resistance has on depression and cognitive function. Insulin resistance is critical to our mental and physical health because every cell in our body responds to insulin. When cells become insulin resistant, therefore, and can’t respond normally to insulin, they can’t perform the vital processes that enable us to think, feel, and function optimally.

Resulting primarily from lifestyle factors such as poor sleep, lack of exercise, chronic stress, and especially diets comprised of high levels of sugars and refined carbohydrates, insulin resistance progressively compromises a woman’s ability to convert androgens (eg, testosterone) into estrogens. Without sufficient estrogen levels, her menstrual cycle can’t initiate, and with excessive androgen levels, she may experience masculine side effects such as hair loss and central adiposity (weight gain in the stomach area that is more strongly associated with cardiovascular disease).

The same unhealthy lifestyle patterns lead to insulin resistance and the hormonal changes behind infertility in men. As men become more insulin resistant, for instance, a vicious cycle ensues. Their insulin resistance contributes to excess body fat, and these fat cells secrete an enzyme called aromatase that converts testosterone into a type of estrogen. The result is a pattern of reduced testosterone and feminizing side effects, sometimes referred to as “male PCOS” (1).

Multiple recent clinical trials, for example, focused just on consuming reduced carbohydrate diets (ie, no other lifestyle changes required, etc.) demonstrated impressive rates of PCOS reversal, resumed menstrual cycles, and even new pregnancies in women previously struggling with infertility and improved testosterone, sperm quality, and erectile function in men (2-5). Notably, the results of these studies were achieved with just 3-6 months of dietary programs eliminating low-quality nutrition sources such as ultra-processed foods and sugar-sweetened beverages. And their results would likely have been even more impressive if combined with regular exercise, improved sleep habits, and stress management techniques.

Infertility has grown from a rare to a widespread problem in the US over just a few decades. Although infertility has many causes resulting from modernity, insulin resistance caused by poor lifestyle habits is perhaps the most common for both women and men. As science continues to enlighten our understanding of the connection between health behaviors and hormonal function, we increasingly appreciate that our daily lifestyle choices have profound and pervasive effects on our physical and mental health.