Abnormalities relating to your menstrual cycle can be worrisome and it can be hard to identify what these symptoms mean. Here’s what you need to know. 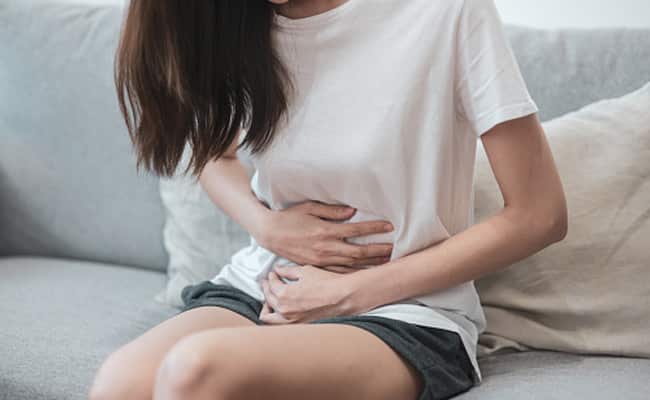 Due to a lack of proper sex education and awareness about our reproductive organs, it can be difficult to identify what some symptoms might be indicating. There are various indicators that your body shows as a way to help you understand issues your body might be facing. Uterine polyps and uterine fibroids are both diseases caused in the uterus. Here are some common indicators to help you identify the difference.

Uterine polyps are referred to the growth formed on the lining inside the uterus. This lining called endometrium is where UPs inhibit. Although uterine polyps in most cases are noncancerous, they may cause irregularity in menstrual cycles or/and affect fertility. Uterine polyps form in the shape of small ovals or spheres and can range from being 1 mm to a few centimeters big. Furthermore, they can be present as one or few polyps.

Women in the age group 40 to 50 are most likely to develop uterine polyps. Although there are no specific causes that might cause you to contract uterine polyps, here are some common abnormalities that might increase your chances of developing it.

There are various ways in which uterine polyps can be treated. Here are the 4 most common ways:

Medication is the easiest treatment technique for uterine polyps although it may be temporary. These medications help neutralize the hormone levels inside the uterus which means, they only work if you continue to take them. After the hormonal imbalance takes place again, you might develop UPs again.

Hysteroscopy is a long-term treatment method. In this treatment, the doctor inserts an instrument along with the hysteroscope in the interior of the uterus and removes any polyps found. Although Hysteroscopy in itself is often the process of observing the uterus lining as it has a camera attached to it. It may be called operative hysteroscopy if the doctor treats the polyps.

Curettage is a treatment method performed along with a hysteroscopy. In this treatment technique, the doctor identifies the polyps through the Hysteroscopy camera and uses a curette. A curette is a device that can help shave off the polyps that are formed in the inner lining of the uterus. These polyps removed may be further studied to help identify whether or not they are cancerous.

Uterine Fibroids, similar to uterine polyps are growth formed inside the uterus. However, uterine fibroids in almost all cases are noncancerous. Fibroids might range from 1 mm to a few centimeters and may also be single or fewer in numbers. Although, uterine fibroids might go undetected as they don’t always exhibit noticeable symptoms.

As discussed above, uterine fibroids may go unnoticed due to having little to no symptoms. The best way to avoid them is by maintaining a healthy diet.

Similar to uterine polyps, uterine fibroids can also be treated by medication by artificially regulating correct hormone levels. This treatment also acts as a reliever and tones down the effects of uterine fibroids. These medications don’t eliminate fibroids but help shrink them and reduce symptoms.

As the name suggests, these procedures do not require an invasion inside the uterus and are done from the outside. One of the most common examples of noninvasive treatments is MRI scanners. This helps the doctor navigate the placements of fibroids and later Destry them through heat waves (sonications) from the ultrasound transducer.

As the name suggests these might require some invasion or incision inside the uterus. Some of the most common treatments under this are Uterine artery embolisation (embolic agents injected into the uterus to restrict blood flow to fibroids), radiofrequency ablation (radiofrequency energy used to destroy fibroids or shrink blood vessels feeding fibroids), myomectomy (robotically or manually scraping off fibroids from the uterus lining), and so on.

How to Identify the difference?

As disc used above, try and locate the symptoms you are experiencing. In case of any difficulty in identifying, we advise you to see your doctor. In both uterine polyps and uterine fibroids, the treatment methods can only be performed or suggested by a health professional. This makes it necessary for you to see a doctor in case of any symptoms whatsoever.

In conclusion, the best way to treat either of these abnormalities that develop in the uterus is to see a health professional. Besides this, the best way to prevent these diseases is to eat healthy meals and follow a proper workout routine. Over this, we encourage you to notice any signs of hormonal imbalance or get checked out for the same every few months.

Disclaimer: This content including advice provides generic information only. It is in no way a substitute for a qualified medical opinion. Always consult a specialist or your own doctor for more information. NDTV does not claim responsibility for this information.