Explorers discover that the deep sea’s ‘holy grail’ of shipwrecks is not alone. Images from a centuries-old galleon sunk by enemy forces reveal not just a billion-dollar prize but also rare, never-before-seen discoveries. 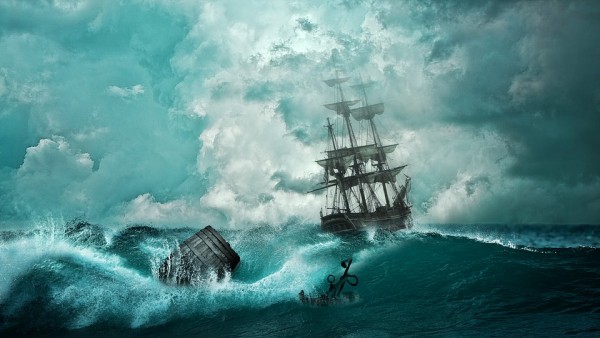 A high-tech vehicle traveling around the bottom off the coast of Colombia on a mission to track down the “holy grail” of colonial shipwrecks has discovered two more centuries-old gems.

A colonial-era boat and a schooner have been discovered, both of which are considered from around the same time as Colombia’s 200-year-old battle for independence from Spain.

“We already have two further findings in the same region,” naval commander Admiral Gabriel Pérez told Reuters. “So the task has just begun.”

According to The Washington Post, the footage of the wreckage was acquired during four Colombian Navy reconnaissance sorties over the San Jose ruins. The seafloor is littered with gold coins, crew swords, cannons constructed in Seville in 1655, porcelain dinnerware, pottery, glass bottles, and other antiquities.

The British sank the San José, a 64-gun galleon, near Colombia’s Caribbean port of Cartagena in 1708. Only a few of the 600-strong crew members escaped.

Naval authorities recorded the film with a remotely controlled vehicle at a depth of roughly 3,100 feet, providing an unparalleled look into the ships’ past.

Leonardo Moreno-Alvarez, a Ph.D. student at the University of Pittsburgh, says, “every disaster is like a miniature Pompeii – it’s a picture of civilization at one precise period.”

According to ABC Australia, the wreckage of the San Jose has long been regarded as one of history’s outstanding nautical mysteries.

When the disaster was discovered seven years ago, Colombian President Juan Manuel Santos hailed it as “the most valuable treasure ever uncovered in global history.”

According to France 24, experts believe that the nearly 200 tons of gold, silver, and gems on the San Jose are worth over $17 billion today.

The ship’s richness has earned it the moniker “holy grail” of shipwrecks. However, the ownership of the wreckage and its contents quickly became a source of legal contention.

“All those archaeological disputes are colonialism issues,” Moreno-álvarez told The Washington Post.

Then there’s the American firm Sea Search Armada, which claims a piece of the wealth due to a 2007 Colombian court order that gave the company 50% of the treasure found from the wreckage that wasn’t national patrimony.

On the other hand, Colombia claimed that the sunken ship identified in 1981 by a firm acquired by Sea Search Armada was not the San José. Colombian officials claimed that the genuine remnants of the San José were located in November 2015 with the aid of the Woods Hole Oceanographic Institution. According to ABC Australia, researchers utilized an autonomous underwater vehicle called REMUS 6000 to help determine the wreckage’s position and collect photographs of the ruins at a depth of 1,968 feet (600 meters).

Colombia claims Sea Search Armada does not have rights to the treasure since the location supplied by the business in 1981 was wrong. San Jose’s destiny and wealth were sealed in 2013 when Colombia enacted legislation declaring sunken ships discovered in its seas to be national heritage.

The new film of the San José galleon provided the finest glimpse of the wreck and its jewels. Old corroded coins, as well as pottery fragments and bits of all forms and colors, are strewn over the buried remains.

Colombian officials announced earlier this year that after salvage and cleaning efforts are made, all of the treasures from the San José would be displayed in a museum.

According to officials, the contents of the other two shipwrecks will be located and assessed.

© 2022 NatureWorldNews.com All rights reserved. Do not reproduce without permission.