Network Attached Storage (NAS) drives might be a slightly boring part of the technology world but they can be extremely useful devices and sometimes even life-saving. Here we’ve tested the best NAS drives so you can create a personal cloud storage system for home or office.

NAS drives can be used to back up and store files such as music, documents, video and a lot more. You can even install apps on them so they do things like run your home security cameras, download files automatically and even host a website.

Synology is well-known for making some of the best NAS drives, but there are plenty of great alternatives that are often cheaper from the likes of QNAP, TerraMaster, Western Digital and others. Sadly, the competition isn’t so strong these days with nothing new from the likes of Drobo, Netgear, Seagate or Buffalo.

We’ve reviewed and ranked them here so these are the best NAS drives for Plex at home, back up in the office and many more uses.

How to choose a NAS drive

NAS stands for Network Attached Storage. Put simply, it’s a big hard drive that connects to your router so you don’t need to plug directly into it to access the storage.

They make it easy to access your music, movies, photos and documents anywhere at all times. One of the most popular reasons to buy a NAS drive is for media playback. Your personal video library can be viewed on your TV, without having to connect a laptop. A bit like having your own Netflix.

Similarly, you can use an app on your phone to control music playback, much like your own personal Spotify. A NAS drive will use much less power than a regular PC, too. For ease of setup and ease of use, a dedicated NAS drive is hard to beat.

One of the first decisions to make is capacity. Try to work out how much storage you need right now, and what you’ll require five years from now. Many NAS drives come with no disks at all – these are known as diskless or bare drives.

The advantage is that you can choose the drives you want and easily upgrade them later on.

You can now get disks up to 12TB in size, and you can expect to pay around £300 for one. A 4TB drive specifically for NAS use will set you back about £100. NAS drives usually cost slightly more than normal PC hard drives, but it’s worth spending the extra because they’re designed to run constantly and tend to have a better warranty.

Hard disks designed for NAS use include more secure construction providing more resistance to vibration, which makes a lot of sense for a drive that’s designed to be on the whole time. They also offer power management so they can adjust performance based on their temperature.

A popular choice is the WD Red range. You can buy the 6TB version for around £150 from Amazon, and the 3TB is around £100. It’s better to buy two disks and configure them in a RAID, rather than rely on just one disk. 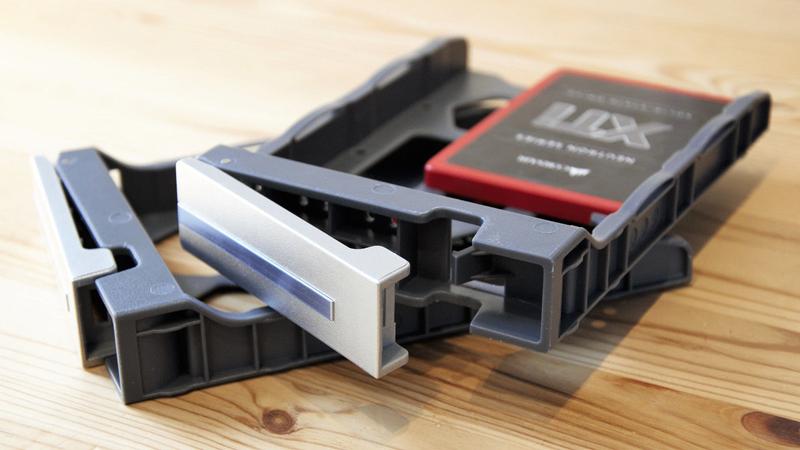 Can I use SSD drives in a NAS?

Although it’s common to use a traditional hard drive inside a NAS box, you can use SSDs (solid state drive) in some. You might even be able to use a PCIe NVMe SSD as a cache to improve performance.

However, you should choose an SSD designed for use in a NAS drive such as the Seagate IronWolf 110 or Western Digital Red SA500. Thanks to things like DuraWrite technology, they are purpose-built for continuous use, which is critical inside a NAS.

The downside of choosing SSDs is the limited capacity as they typically max out at 4TB. The other drawback is the much higher cost.

What is a RAID?

RAID stands for redundant array of inexpensive disks. RAID can be quite complex but at a basic level, you’ll want to use it primarily to provide redundancy so if a disk fails your data is still safe. Three of the most popular variants are RAID 1, 5 and 6.

Most NAS drives will offer at least two bays, which means that you can set them up as RAID 1. In this scenario, the second drive is a mirror of the first, so if one drive fails completely all your data is safe on the other . You can then replace the faulty disk, and rebuild the RAID array.

RAID 5 requires at least three drives and offers parity data. That means a RAID 5 array can withstand a single drive failure without losing data or access to data. As data is ‘striped’ across three drives, reads are fast, but at the expense of slower writes because of having to also write the parity data.

RAID 6 meanwhile requires four drives but offers both striped and dual parity, so two drives could fail and the RAID could still recover.

Whichever you choose however, don’t consider your NAS to be the only backup of your data. If the box just dies, or if something catastrophic happens like a fire, you’ll still lose all your data. To mitigate this you’ll want another external backup, preferably to the cloud.

After storage, the next main concern is software and features. We prefer NASes which have an app store where you can download popular apps such as Plex instead of forcing you to use the manufacturer’s own media software.

Some NAS drives also offer apps for Android and iOS, which make it a lot easier to get to your photos, videos and music from your phone or tablet.

Our reviews explain exactly which apps you get with each NAS. 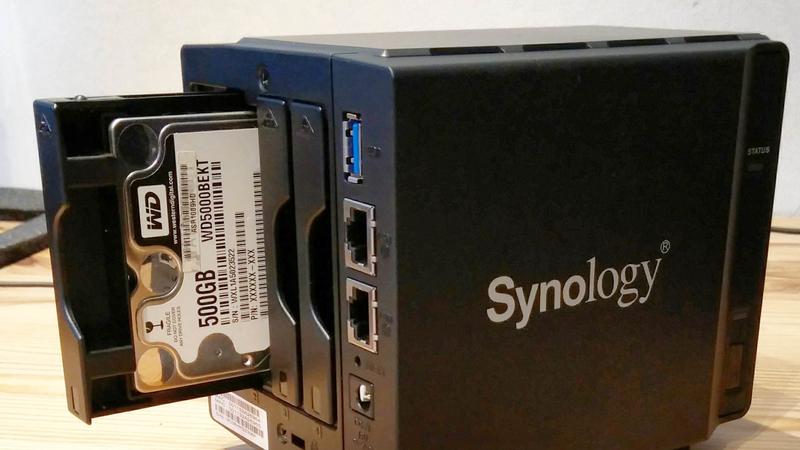 You’ll probably need remote access to the files on your NAS when you’re not at home. Previously this required signing up to a third-party DNS service, but these days with most NAS drives you can just sign up for an account with the manufacturer as you set up the drive. Log into the account and they’ll handle the connectivity to your box at home using their own servers.

How powerful does your NAS’s processor need to be? The dedicated OSes that NAS drives run are lightweight, but a faster processor and more RAM will enable features such as transcoding.

This means that any media files can be converted on the fly into a format that’s playable by your TV or set-top box, so you don’t have to worry if it can’t play the file as it exists on your NAS.

It can also be useful if your videos are a higher resolution than your TV can handle, so look out for the ability to transcode 4K to Full HD in real-time.

Don’t overlook connectivity. If your priority is to use your NAS as a home video server, it might be worth picking one with an HDMI output like the QNAP TS-251B so you can connect it directly to your TV instead of requiring the video to be streamed across your network . And if your TV can’t play video from a network source you’ll need a separate media streamer.

For the best performance, go for a model with Gigabit Ethernet, which is 10x as quick as 10/100 Ethernet. Look out for front-mounted USB ports and SD slots too.