In the field of electron microscopy, 4D STEM is becoming increasingly popular. In this article, the subject of this fascinating family of techniques is explored in more detail. 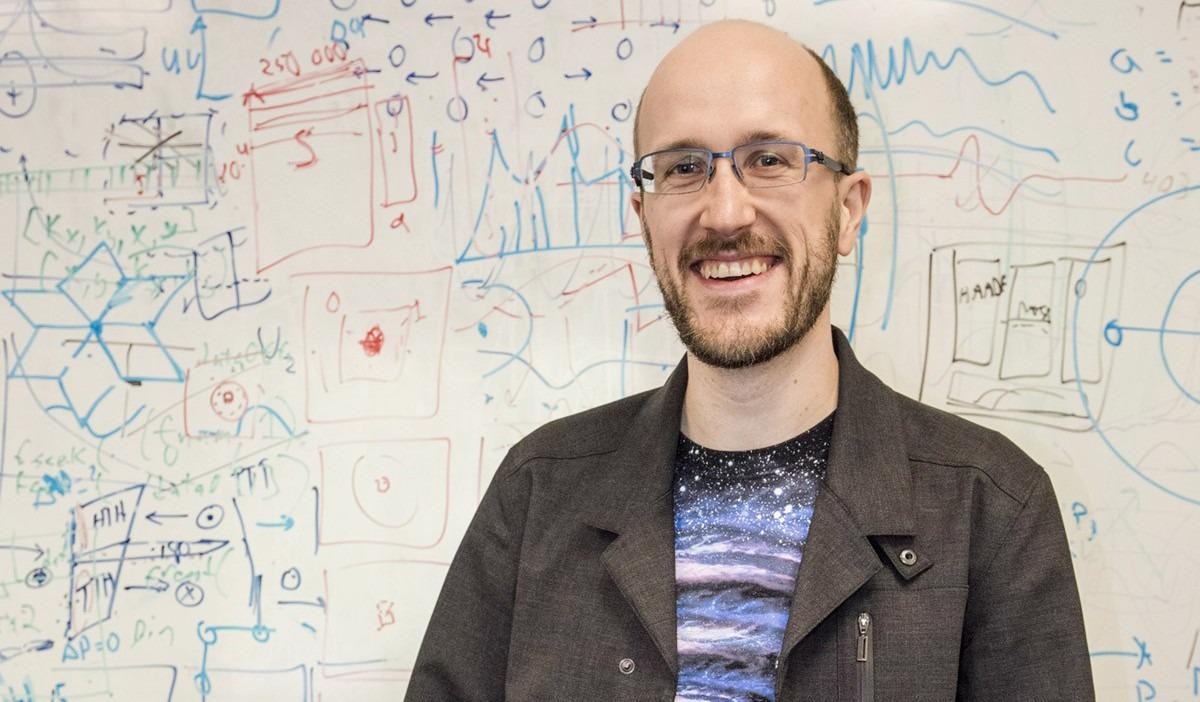 dr. Ophus originally wanted to be an engineer, so he began his studies in electrical engineering and later switched to engineering physics, with no idea that his professional life would take such an interesting turn.

It was actually an end-of-semester project that was part of his studies which led to a summer internship at the professor’s laboratory, where he became interested in scientific research. He enjoyed having so much freedom in solving problems in science and decided to pursue a Ph.D. in Materials Engineering at that research facility.

The laboratory had connections at the NCEM at the time, and TEM (Transmission Electron Microscopy) was already gaining traction in Materials Science research. dr. Ophus was frequently heading down to California for months at a time to use the NCEM’s microscopes after submitting a user proposal. There, Velimir Radmilović trained Dr. Ophus, teaching him all about electron microscopy.

Eventually, after his postdoc at Berkeley, Dr. Ophus was offered a position at the NCEM as a computational scientist. From there, things progressed, and he ultimately became a staff scientist with his own computational microscopy group. dr. Ophus is very pleased with how things turned out. The facility is one of the few in the world that conducts research in a specific manner.

When it comes to recognizing Dr. Ophus’ achievements, it is difficult to choose just one accomplishment. He believes this is because he was fortunate enough to work with so many incredible collaborators. His personal highlight is the PRISM algorithm for STEM (Scanning Transmission Electron Microscopy) simulation—it is the only single-author publication he ever had.

dr. Ophus had trouble simulating a large field-of-view STEM image because it required over a million separate simulations. So, he locked himself in a room with a pen and paper to come up with a better solution. After a few days, he came up with a few suggestions as to how to improve the process.

When it comes to recent STEM trends, Dr. Ophus may be prejudiced as he is a computational scientist with a data weakness. Nevertheless, he believes that 4D STEM has the most potential for improving data acquisition and data quality.

Direct electron detectors have enhanced quantum efficiency to the point where they can count individual electrons at speeds fast enough to run a STEM experiment at its native speed. These recent hardware advancements, particularly in detector technology, allow researchers to collect much more and better data.

Five Beamlines in One Instrument

Multimodal experiments are another trend that is fascinating. Nowadays, only a few channels are collected: the forward diffraction pattern, a spectroscopic scan of inelastic energy losses, scattered X-Rays, backscattered electrons, or other channels like cathodoluminescence. STEMs, on the other hand, are ideal multimodal instruments because they can gather all of these data streams at once.

It is the equivalent of five synchrotron beamlines combined into one instrument. These multimodal experiments will yield a statistically significant number of diffraction images or spectra, as well as provide enough data for computational models to produce reliable results.

It is exciting to see how the scientific community is shifting away from the old practice of recording one or two publication-worthy images and instead of recognizing the value of assembling large data sets to gain a better understanding of the big picture. Even more so now, as computer and detector technology advances year after year.

The Role of Detectors in the Development of STEM

A 4D STEM detector should provide a complete picture of beam-specimen interaction. The ultimate goal in any field, whether it is Life Science or Materials Science, is to gather every electron while maintaining good time resolution.

Scientists in particle physics have been gathering all of the scattered, generated, or annihilated particle trajectories for years to reconstruct what occurred inside the material. Fortunately, the technology to track appropriate physical processes by capturing the position and momentum of all scattered electrons with considerable speed is already present.

Then, of course, a detector can be customized to meet the needs of a specific experiment. There are products available that allow balancing various aspects, like time for spatial resolution or number of pixels versus time resolution.

With the detector development in NCEM, the team is aiming for 100,000 frames per second. Individual electron collection should be simple at this speed, but speed should not come at the cost of a high dynamic range or noise-free readout. Commercial detectors are getting close to the point where it is possible to catch each electron across the entire scattering range in the timeframes that matter.

One Platform to Rule Them All

According to Dr. Ophus, improved detector integration into TEM hardware and software: a centralized, open-control platform is unquestionably needed. For instance, in 4D STEM, the detector needs to be synchronized with the STEM coils and the beam-blank. A lot of experiments cannot be carried out as the detector does not communicate with the microscope’s lenses, sample stage, or the rest of the hardware. The biggest roadblock to improving 4D STEM and other techniques is the lack of integration and open-source software in TEM. 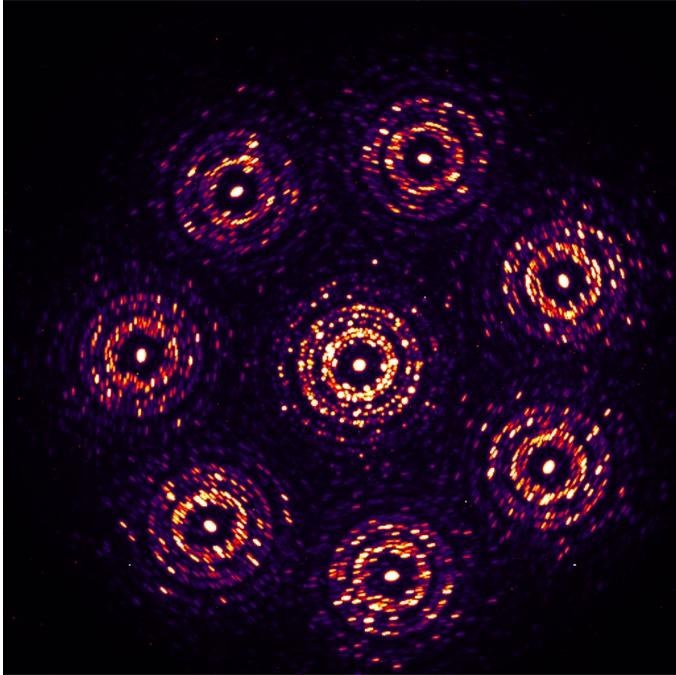 The Most Crucial Detector Parameters in 4D VOICE

The speed of the detector is one of the most important factor in 4D STEM. Fast detectors can count more individual electrons. Such detectors not only improve quantum efficiency but also allow experiments to run at native speed.

The technique determines the next most important parameter. On the one hand, it would be the number of pixels for diffraction experiments like phase-orientation, pattern classification, strain mapping, as well as other experiments that depend on the angular resolution of the beam.

Techniques like ptychography and phase-contrast imaging, on the other hand, necessitate a wide dynamic range and single-electron sensitivity. The detector should be able to distinguish between 10,000 and one electron in this case.

The best frame rate range is between 10,000 and 100,000 frames per second. The lower limit is intended to overcome drift, whereas the upper limit is determined by the experiment’s native speed and realistic beam currents that can be generated and that the sample can withstand.

The present is a big data experimentation era. The acquired data sets are becoming increasingly large as detector and computing technology improves. With an anode, electrolytic cathode, and capping layers voltage tens of micrometers, it is possible to scan the entire functional length scale of a solid-state battery.

An experiment like this could necessitate probing 1,000 × 1,000 or more sample points. It is a massive amount of information — there are terabytes of it. 4D STEM, on the other hand, could handle such large fields of view with modern detectors.

Furthermore, STEM operations should be more automated. Technology is available to do this. The synchrotron beamline, for instance, is highly automated. As many of the steps performed — such as scanning the Regions of Interest (ROI) or performing drift correction — are highly repetitive, there is room for this in STEM.

The authors have been tinkering with it, and the results are incredible — there are more upcoming publications. dr. Ophus anticipates that in the future, machine-learning methods will be used to analyze difficult samples.

This information has been sourced, reviewed and adapted from materials provided by Dectris Ltd (an interview conducted with Dr Colin Ophus conducted by DECTRIS in April 2022).

For more information on this source, please visit Dectris Ltd.